VULCAN® DRYING SYSTEMS TECHNOLOGY WAS DEVELOPED TO ADDRESS THE GROWING PROBLEMS PRODUCED BY THE OLDEST AND MOST READILY AVAILABLE AND RENEWABLE  FERTILIZER SOURCE IN THE WORLD: MANURE. 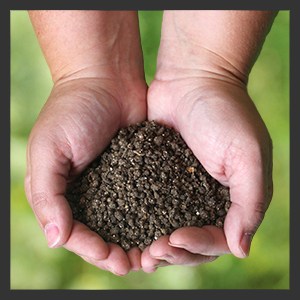 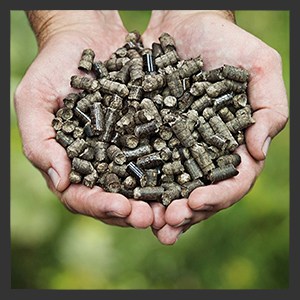 Historically, animal manures have been handled as a solid and were either directly applied to pastures or collected along with shelter bedding and applied to land as a crop nutrient. As the concentration of animals on farms increased, the need for more efficient methods of manure management developed. Hauling nutrients to cropland in raw form became very expensive compared to hauling the same amount of nitrogen or phosphorus in the form of a commercial dry fertilizer.

As livestock operations become more vertically integrated, not only does the concentration of animals per farm increase, the concentration of farms to local geographic areas becomes concentrated as well. As the livestock per available acre ratio has skyrocketed, the ability to easily find land suitable for application of liquid manure in a close proximity to the source has become problematic. Additionally, as the concentration of head of livestock and associated manure increases, the concentration of odors has become a problem even in remote and sparsely populated areas.  Until recently, despite the negative environmental impact, manure has not been strictly regulated. Now, amidst the conflicts over who is responsible for pollution caused by manures, new and more stringent regulations have been introduced.

Manure is an expected by-product of the livestock industry. If left untreated, manure is just that, manure, while properly processed manure becomes a value-added marketable commodity, also known as fertilizer.

With uses in agriculture, horticulture, landscaping, and other industries, the potential markets for revenue generation are numerous.

VULCAN® DRYING SYSTEMS TECHNOLOGY WAS DEVELOPED TO ADDRESS THE GROWING PROBLEMS PRODUCED BY THE OLDEST AND MOST READILY AVAILABLE AND RENEWABLE  FERTILIZER SOURCE IN THE WORLD: MANURE.

SOLUTIONS BY DRYING IN A VULCAN® DRYING SYSTEMS SYSTEM 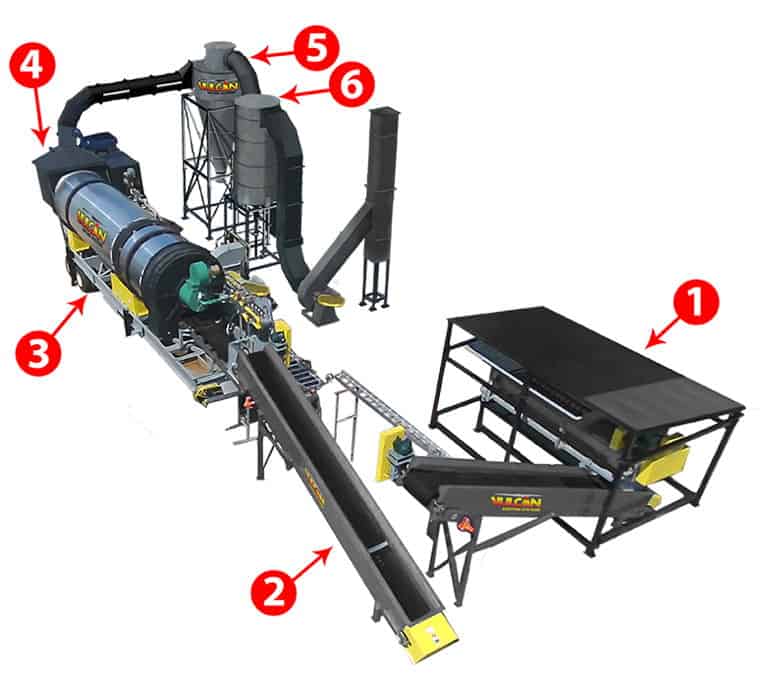 We understand that not all manures are created equal, and that the consistency of the manure, the arrangement of the feed systems, and the intended beneficial reuse will drive the selection of the material handling equipment. More InfoVulcan® Drying Systems provides best in class manure feed handling options for clumpy, lumpy, sticky and just plain trashy feed. We know how to handle it all.

After passing through the feed hopper with bar screen, manure is transported up the feed conveyor, prior to being dried in the rotary drum More InfoVulcan® Drying Systems Systems utilizes Tuffman® Conveyors in order to provide state-of-the-art conveyors for each system manufactured in our facility.

The work horse of the Vulcan® Drying Systems Manure Dryer System is the heavy duty, low temp, direct heating, rotary drum dryer. More InfoThe low temp dryer is extremely energy efficient and can be configured to utilize a variety of fuels or waste heat to perform the drying process. Our single pass system is a simple low cost method of producing a granular fertilizer. For a highly marketable product, our blending, dosing, and recirculation system produces a high value fertilizer pellet. Systems are available as stationary plants or built on a mobile platform.

On discharge, all processed manure is sent to the client mandated location for re-purposing and re-sale. More InfoHowever, the Vulcan® Drying Systems Systems Manure Dryer doesn't stop there. This system ensures that all particulate matter is removed in a safe and secure fashion

Processing manure is not without its stink. Fortunately, the included Vulcan® Drying Systems Air Pollution Control (APC) equipment removes particulate and abates the odor. More InfoFor manure with high levels of ammonia or a super powerful odor, our multistage condensing and dosing systems ensure that the stink is limited to the sweet smells of success.

After particulate and vapors are passed through the system, the Vulcan® Drying Systems Venturi Scrubber provides a secondary precaution to help remove ammonia and particulate matter from vapors. More InfoVulcan® Drying Systems Systems takes environmental control and regulations very seriously, seen through our use of Venturi Scrubber technology in all of our manure drying systems. 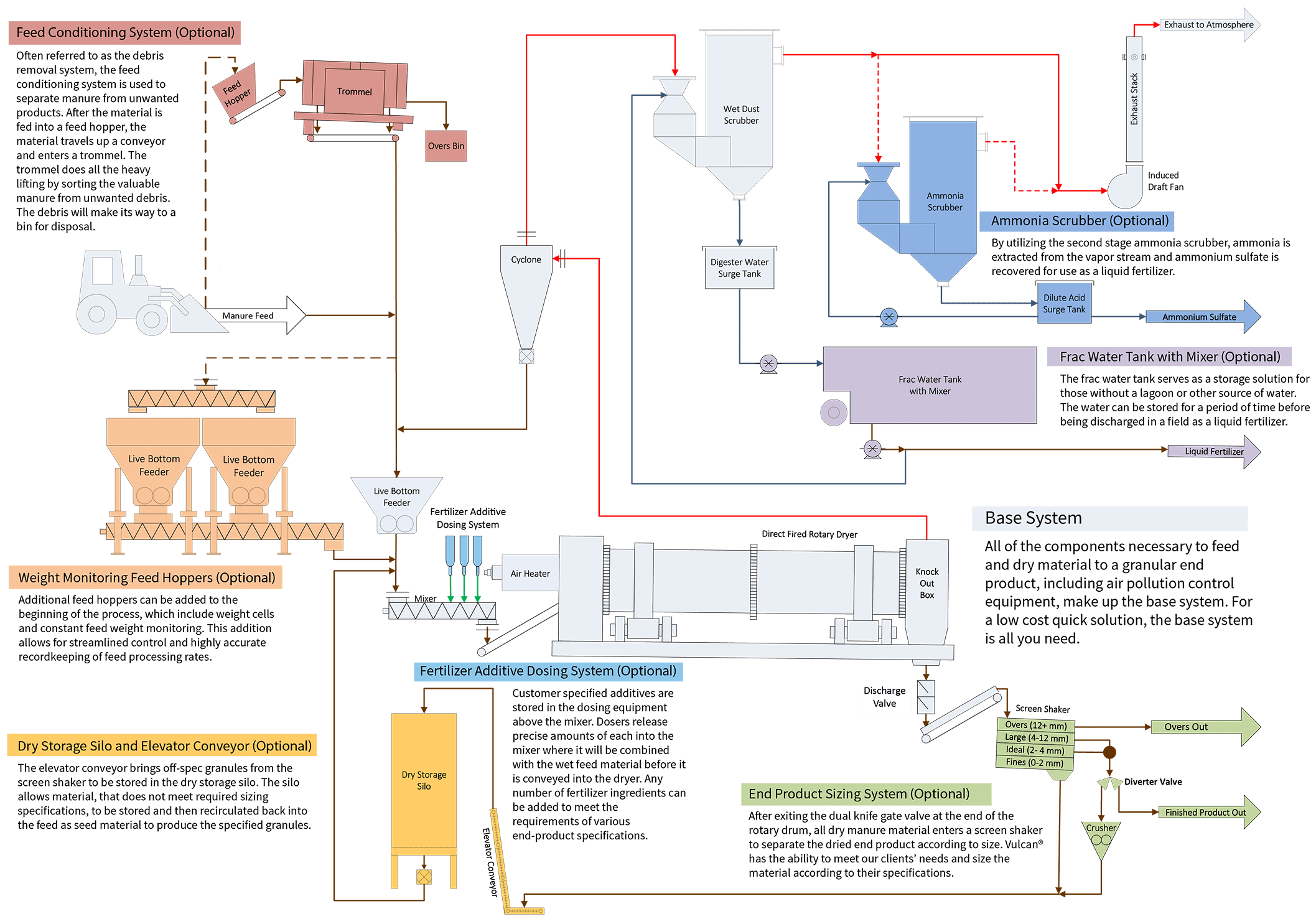 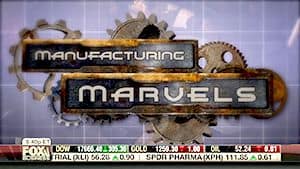 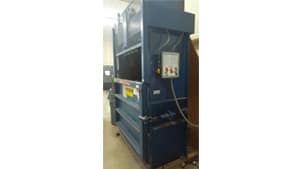 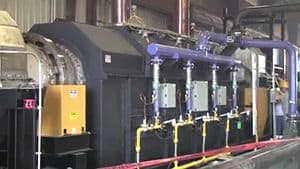