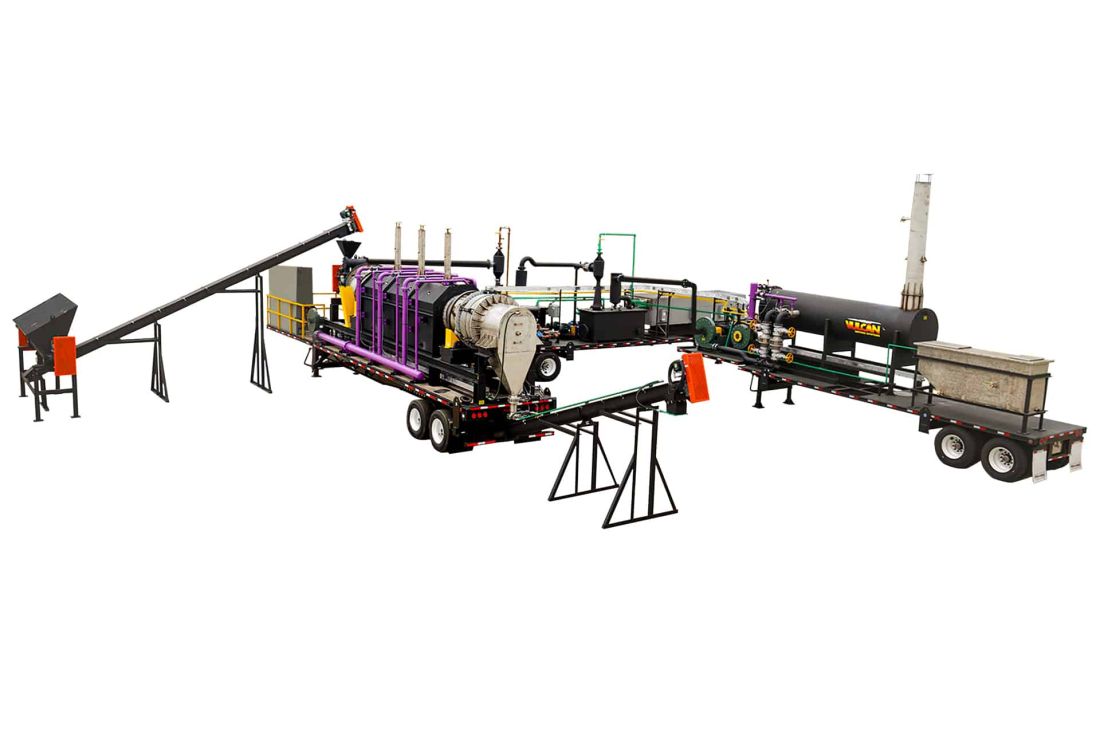 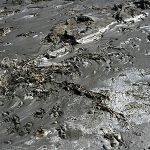 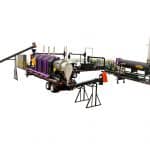 Each Vulcan® Drying Systems Hemp Drying System is custom-built for each client. Systems include the following components:

This needs updated and video needs to be replaced. 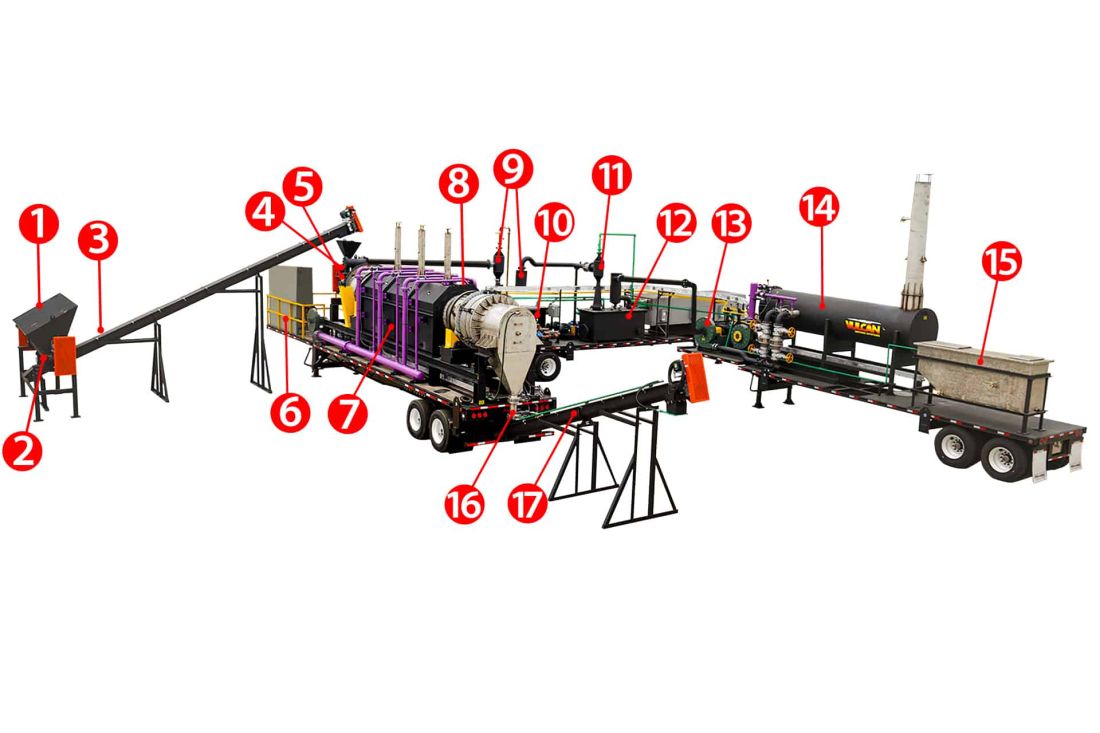 Stockpiled drilling muds are transferred to the 1 feed hopper mounted on the 2 live bottom feeder of the Primary Treatment Unit (PTU) by a backhoe or skid loader. From the live bottom feeder, material travels via the 3 transfer auger to the system’s 4 airlock, then through the 5 feed auger and into the PTU.

The entire operation is managed from the 6 HMI control panel that houses the programmable logic control, starters, and variable frequency drives for operating and monitoring the plant from a single console. Two control panels are mounted outside right next to the equipment.

The 7 combustion box contains the three heat zones and the indirect fired, 304 stainless steel PTU. The operating temperature of the drum is up to 950°F (510°C). The rotary kiln is housed in a combustion box with zone heating 8 burners transferring heat to the rotary kiln. The kiln operates in an oxygen-deficient and slightly negative atmosphere. Vapors from the contaminated soil are pulled out of the system in the opposite direction of the material flow.

The vapor from the PTU is pulled into the high-efficiency 9 first stage venturi scrubber and inertial separator that uses oil as the condensing liquid, which is stored and redistributed in the 10 scrubber oil tank. The scrubber operates at 250°F (121°C) and removes dust particulate, as well as condensing the heavier hydrocarbons in the vapor stream.

The vapor not condensed in the first stage condenser is pulled through the 11 second stage venturi scrubber and inertial separator that uses water as the condensing liquid, which is stored and redistributed in the 12 scrubber water tank. The scrubber operates at 175°F (79°C) and removes dust particulate, as well as condensing water and the lighter hydrocarbons in the vapor stream.

An 13 induced draft fan pulls the non-condensable gases from the condensers and are pushed into the 14 Secondary Treatment Unit, also known as the thermal oxidizer, by where all remaining hydrocarbons are destroyed at temperatures of up to 2,000°F (1,093°C) with a residence time of up to two seconds.

Fluid from the water condenser (the condensed water, oil, and sludge) is pumped through an oil/water 15 separator before being transferred to on-site storage tanks.

The processed solids exit through the discharge system which consists of a 16 airlock and a 17 hydrating screw conveyor to cool the solids.

Learn more about how to recover the diesel or oil in a way which maximizes the resaleabiliy or use as a fuel.

MINIMAL SOLIDS IN THE RECOVERED OIL

Our technology overcomes many of the disadvantages associated with mechanical and other thermal technology for desorption of hydrocarbons. Our thermal desorption unit's process chamber is designed to have a large open capacity with low vapor exit velocity. By minimizing the entrained particulate in the vapor stream the recovered hydrocarbons are clean and can be used as fuel for the system or resold. Entrainment of large volumes of solids (a common problem with alternative technology) may cause the recovered oil to form an emulsion, reducing the value and potentially making the recovered oil a waste stream.

Oil-based drilling muds contain large volumes of valuable, recoverable diesel. Cracking the diesel degrades the recoverability and greatly reduces the value. In order to maximize the volume and value of the recovered diesel or synthetic lubricants, it is important to apply heat to the feed progressively with maximum temperature control. Our technology incorporates multiple heating zones along the length of the drum. This allows us to apply controlled heating at different temperatures within each zone of the drum. Typically, the first zone evaporates the water. The middle zones are used to remove hydrocarbons down to less than one percent, and the last zone is a polishing zone to take off heavy hydrocarbons and meet regulatory standards for residual hydrocarbons. Proper temperature control during desorption as well as during cooling and condensing eliminates or reduces cracking of hydrocarbons.

About the Agriculture Industry

The agriculture industry faces the significant challenge of feeding an ever-expanding global population from finite or dwindling resources such as water, pasture and cropland.

Additionally, food and beverage by-products or waste products are being treated and pasteurized to create animal feeds or converted to fertilizer.

Vulcan® Drying Systems Dryers are purpose-built to dry grains, cereals, switchgrass, animal feed, alfalfa, and numerous other materials for easier and more cost-effective storage and transportation. Animal manure can also be dried and processed as a source of renewable energy and for use in feed and as a fertilizer. Our experienced team will work with you to create a solution perfectly suited to your project, location, and budget.

Inquire About Our Coal Fines Dryers

Please fill out the form below and we will get back to you within 24 hours of your submission.