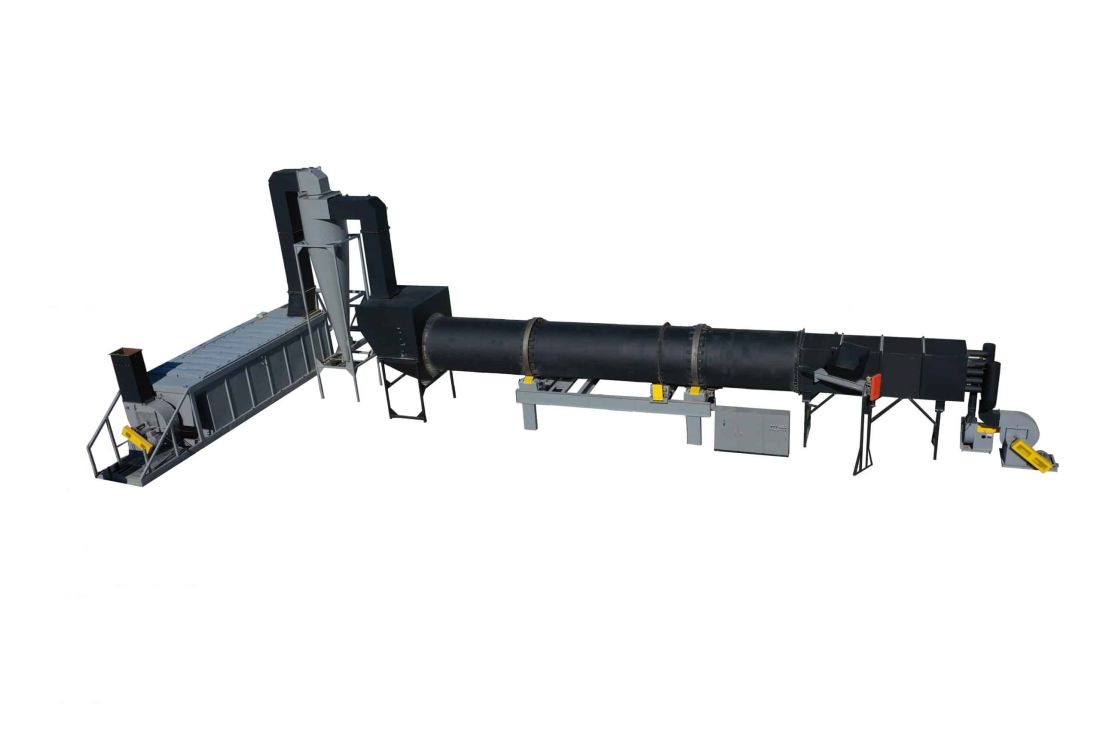 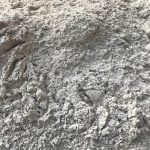 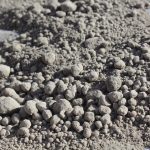 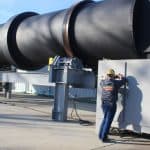 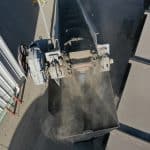 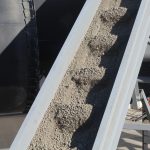 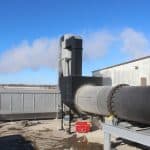 Fly ash is fed into the rotary dryer. After passing through the dryer, the dried material is discharged to a transfer conveyor for further sorting, separation, or storage. The vapor from the process is pulled through a which removes particulates from the vapor stream. 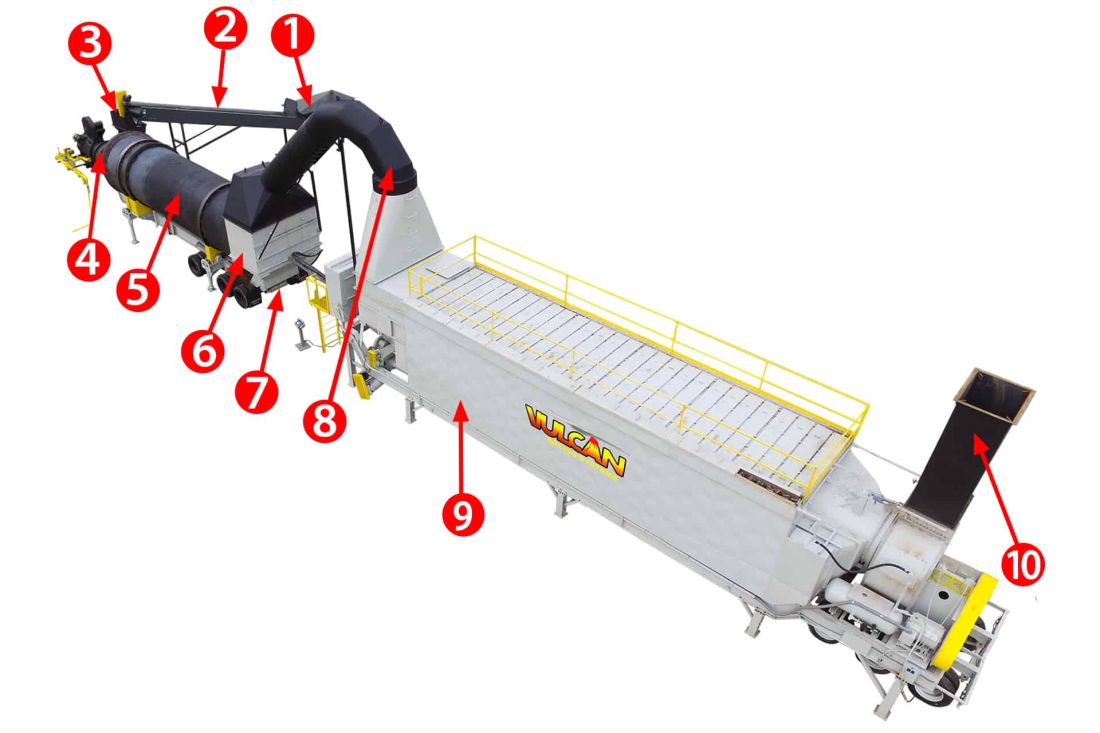 Fly ash is loaded into the conveyor hopper 1 of the optional incline conveyor 2 and is transported into the feed chute 3. Hot gases from the burner 4 fires into the rotary drum. 5 The dried material exits the system through the 6 knockout box and is discharged from the flap gate. 7 The vapor continues through duct work 8 to the baghouse 9 for dust collection before being discharged through the 10 exhaust stack.

For those considering a transition from wet to dry ash handling, Vulcan® Drying Systems can help.

As a result of industry trends, public scrutiny, government regulation, water constraints, etc., coal power plants domestically and internationally are striving to eliminate their ash ponds and replace them with dry solutions. For those considering a transition from wet to dry ash handling, Vulcan® Drying Systems can help.

Vulcan® Drying Systems' Fly Ash Dryers are custom-designed and manufactured around the desired solids tonnage and the moisture content of the customer's individual project. Our technical team considers all the parameters: available space, budget, current and future fuel use, storage capacity, location, generation rate, routing, and aftermarket choices, such as marketing and resale.

Typically, drying systems include a rotary dryer consisting of a drum with a burner. Fly ash is fed into the rotary dryer, then discharged to a transfer conveyor for sorting and separation. The vapor from the process is pulled through a baghouse to remove fine particulates from the vapor stream.

The resulting dry fly ash is easier to store and transport, and road construction and concrete industries have increased the demand for this material. The sale of fly ash for concrete production is potentially an excellent ancillary profit source for your plant.

Fly ash is created by coal-fired power plans and electric utilities through the process of coal combustion. Most fly ash is disposed of in landfills or ash ponds, but in recent years, more plants have started or are looking into recycling fly ash for reuse, rather than storing it in landfills.

Improperly stored fly ash in landfills or ponds can leach out into the surrounding environment, causing pollution of the earth and groundwater. This issue is of significant concern because most coal-fired power plants are located near towns or major metropolitan areas, which means that the fly ash from their waste storage facilities can leak into the drinking water and cause health issues for the surrounding population.

After a major fly ash spill in 2008, the EPA established strict disposal regulations for coal combustion residuals (CCR), including fly ash. The full regulations can be viewed here.

Selling fly ash is a more environmentally friendly and cost-effective method of disposal than placing ash in a landfill or pond. Producers who recycle their fly ash for reuse will save money on disposal costs, avoid the concern of meeting state and federal disposal regulations and potentially make some money back through the sale of their treated product.

Fly ash can be used as an ingredient in many cement-based products, including poured concrete, concrete block and brick. One of the most common uses of fly ash is in Portland cement concrete pavement (PCC pavement). PCC pavement made from fly ash is a more affordable option for road crews as they can go through a lot of concrete.

Dried fly ash is easier to transport, store and handle than wet ash and can help producers more easily meet federal and state regulations for fly ash disposal. In addition, the sale of fly ash for concrete production can serve as an additional source of profit.

Inquire About Our Fly Ash Dryers

Please fill out the form below and we will get back to you within 24 hours of your submission.